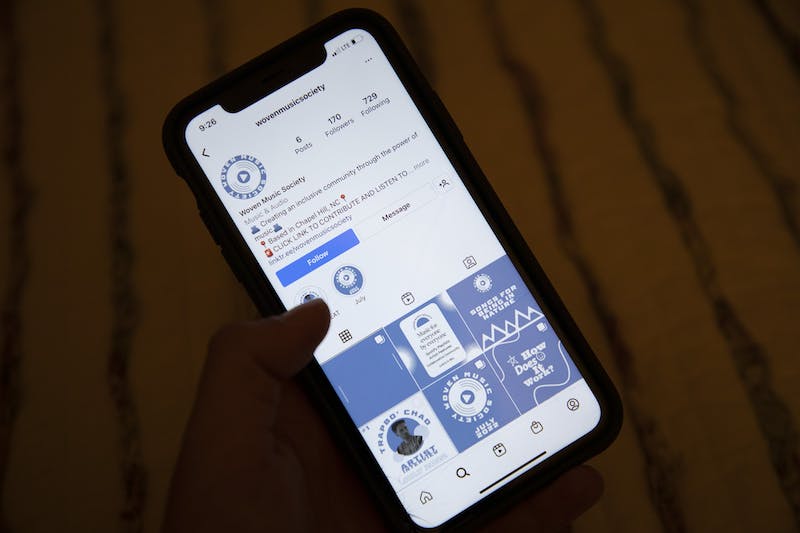 Woven Music Society aims to unite the community through music

For students looking to diversify their playlists this coming year, the Woven Music Society is a new project by a UNC student that adapts community-curated playlists for listeners of different genres of music. .

The project was founded by sophomore Spencer Hood with the goal of creating a community that brings people together through music. Genres include alternative/indie, hip-hop/rap, country and EDM/house, and a new playlist is created every month.

“I feel like music is such a universal thing,” Hood said. “So many people share the same music and create music, it’s a great way to bring people together.”

All playlists can be accessed on Spotify via the link found on the Woven Music Society Instagram page.

“We chose Spotify because it’s the best free option for a streaming service, so if you don’t have an account you can create one and just like the playlist and it’s easy to listen to,” said Hood.

Playlists are updated every day until the end of the month, and listeners can also contribute to playlists anonymously via a Google Form.

Hood said he eventually wants to expand and partner with local venues around the Chapel Hill-Carrboro area.

Hood said he was overwhelmed by the student response to the company and looks forward to returning to campus and expanding the project with more playlists and artists.

Students who have been involved with the project since its inception last month like to get an idea of ​​what other students are currently listening to.

“It’s kind of nice to hear what everyone else is listening to and it’s a great way to discover and feel connected,” said sophomore Zoe Wolff.

Wolff said playlists are a way to give people a voice and express themselves through their favorite songs or genres of music.

“It’s all anonymous so everyone can be fully themselves and contribute to the playlist, and then maybe something you thought you didn’t know or didn’t like at first, if it pops up in the mix, it can really show you something new,” Wolff said.

Wolff said playlists are a great way to explore music, and while listeners aren’t required to contribute to the playlist, she encouraged them to add at least one or two.

The project also plans to showcase local North Carolina artists and give them a platform to share their music. Chad Landry raps from Winston-Salem as “Trapbo’ Chad” on Spotify, and he was the first artist featured on Woven Music Society’s Instagram.

The company is not exclusive to UNC students, allowing anyone to suggest songs and listen to playlists. Hood says he’s excited to see how large the community he can reach through his project.

“Our playlist has been listened to by people in over 10 different countries and on four different continents, which I think is really cool,” Hood said.

To get the day’s news and headlines delivered to your inbox every morning, sign up for our email newsletters.