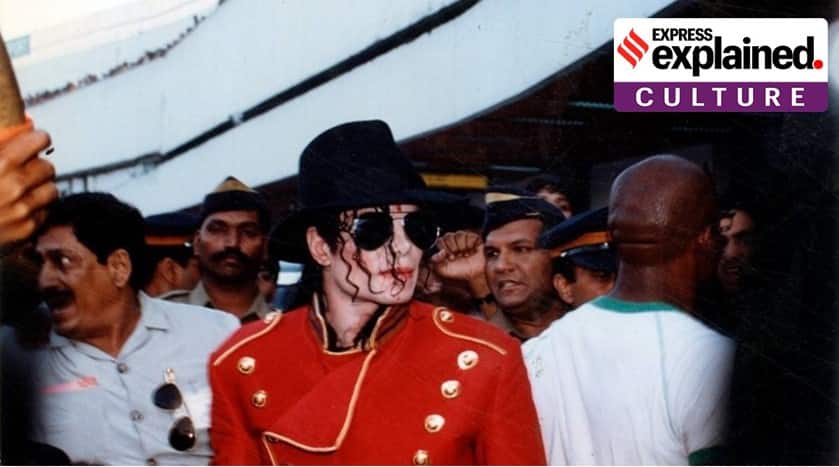 Last week, three songs attributed to the King of Pop, Michael Jackson, were pulled by all major streaming platforms, including Spotify and iTunes. The tracks – Monster, Breaking news and Keep your head up were originally released in Michael (2010) – a posthumous album which was created with old unreleased songs and music Jackson was recording just before his death.

The songs were removed after critics and fans have suspected for a decade that some of the vocals in these songs are not by Jackson, despite being credited to him on the album in addition to being marketed and promoted as the his.

However, the decision regarding the removal of the songs from streaming platforms was made collectively by The Estate of Michael Jackson and Sony Music and not by the streaming platforms. They called it “the easiest and best way to get past the conversation associated with these leads once and for all.” “The remaining tracks on the album remain available. Nothing should be read in this action regarding the authenticity of the tracks – it’s just time to move beyond the distraction surrounding them,” said a statement released by Michael Jackson’s Estate and Sony Music, which owns the rights and a portion of the profits from the album.

What is the controversy?

The debate over the three tracks began right after Michael’s release in 2010. Just before his death, Jackson was working on an album – his first after almost a decade from his immensely popular last, Invincible (2001). Had Jackson managed to complete the album in his lifetime, there’s no doubt that Michael would have sounded very different from what the world heard on Sony’s album. But the album was completed by Sony Music and Jackson’s friends and musicians. And the result was an album that was far too edited and deleted, lacking the grit and power of a typical Michael Jackson album. It was mainly created by pulling and pushing fragments of some of his verses and some musical motifs and combining them with an overtly zealous and scintillating orchestral world.

But it wasn’t just that there were too many frills and ruffles. For more than a decade, musicians, musicologists, and fans have continued to debate these three songs, wondering if the songs were actually sung by Jackson or someone else. The vibrato was called sonically unrefined while a number of family members also felt it was not Jackson’s voice, implying that Sony used a cover singer to simulate Jackson’s voice and projected it as Jackson’s. If that turns out to be true, a lot is at stake for Estate and Sony music, besides credibility.

What added fuel to the fire were various members of the Jackson family, including one of Jackson’s sisters and her mother, claiming that the songs did not appear to be by Jackson. One of his nephews, Taryll Jackson, said: “The way they’ve constructed these songs is very sly and underhanded. Many people who worked on this project have strong doubts and questions while others know the truth but have decided to turn away and look away.

In 2014, a fan and attorney named Vera Serova attempted to file a class action lawsuit and claimed that the liner notes for all three songs, which credit Jackson as the singer, were a complete misrepresentation under California copyright law. unfair competition and consumer legal remedies. Law. Serova, an expert in copyright and music industry law, also alleged that it was Jackson’s friend Eddie Cascio who created the songs through his company Angelikson Productions and took them. sold through Jackson’s Estate and Sony Music. Cascio had denied this in an interview with Oprah Winfrey. Serova also claimed the songs were sung by Jason Malachi, who in 2011 admitted on Facebook that he sang the tracks. His manager later said his account had been hacked. It’s worth noting that in 2007, Malachi’s near-perfect rendition of Jackson’s Mamacita baffled and wowed fans at the same time.

Serova’s case, in addition to being against Sony Music, was also against MJJ Productions, which handles the music licensing and publishing of Jackson, Cascio and James Porte, co-writers of the three songs; and Angelikson Productions. Since Sony had confirmed that the tracks were recorded in Cascio’s basement in New Jersey. Both teams hired audiologists and musicologists who confirmed their own respective versions.

While a California trial court agreed that the album cover which said it contained “9 previously unreleased vocal tracks performed by Michael Jackson” and the promotional video, was “commercial speech”, a call from Sony and the estate in 2018 had a call in California. The court rejected Serova’s appeal regarding the album, saying it included a “protected freedom of expression” because the case now also concerned the public interest.

Serova and her group appealed the decision and went to the Supreme Court with it and claimed that since a lot of money had been made from the tapes, the issue could not be a free speech issue. Although discussions on this subject took place in May, the Court has not yet rendered a final decision. The Court’s decision booth also sends the case back to the trial court where it would ultimately be up to a jury to take an appeal on authentication issues.

Although the case is ongoing, the fact that Sony Music and the Estate removed the songs from streaming platforms is significant. Part of the belief is that if the songs had indeed been sung by Jackson, the songs would never be removed by the label and the Estate and that going any further would only open them up to more litigation. The whole issue also raises many questions about how the music label giants treat music and artists.