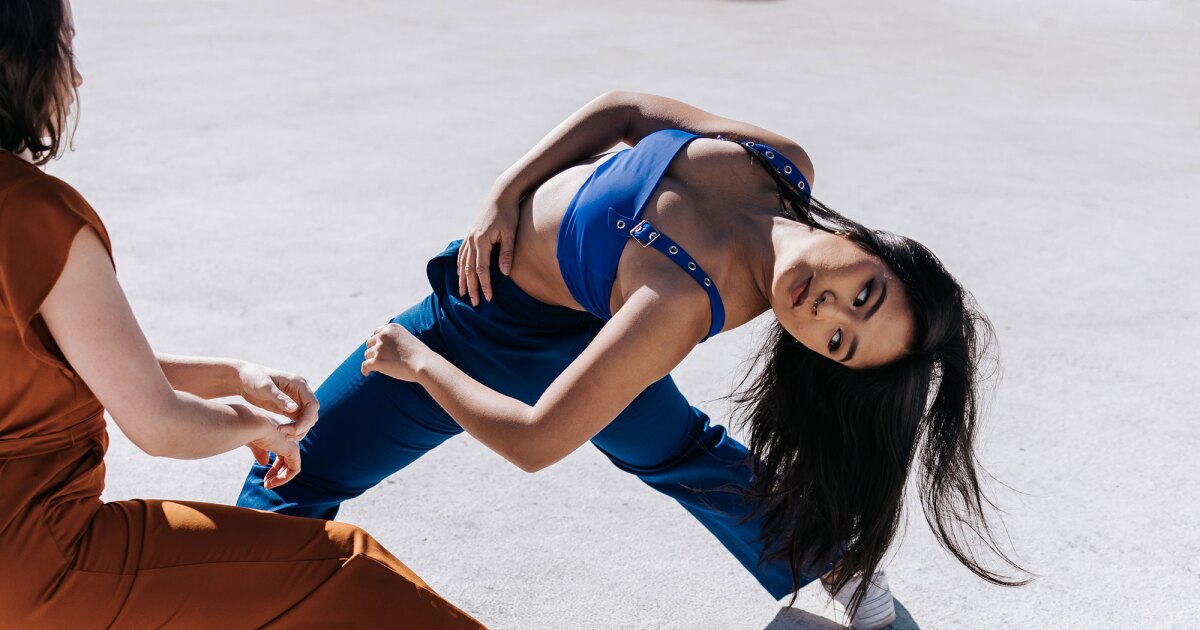 Contemporary dance company Disco Riot is about to embark on a series of performances in the Bay Area with San Francisco-based FACT/SF, which was co-founded by Oceanside native Charles Slender-White. FACT/SF will then come to San Diego next spring to do a show together.

Before Disco Riot departs, however, they will perform their new track, “Ex Nihilo,” for local audiences. It’s a 35-minute quintet, informed by lectures by philosopher Alan Watts and also has original music by Jonny Tarr.

“Here there are blueberries”

Watch for my feature film next week on this world premiere, co-produced by the La Jolla Playhouse and Tectonic Theater Project – known for 2000s “The Laramie Project,” based on the 1998 murder of Matthew Shepard. “Here There Are Blueberries” follows the true story of a young United States Holocaust Memorial Museum archivist who receives an album of Auschwitz photographs. The photos show the lives of the Nazis who ran the camp – in their spare time – and the archivist set out to find out who they were.

The piece uses projection to give the audience their own relationship with the photographs.

For playwrights Moisés Kaufman and Amanda Gronich, telling a story that tackles the real lives of Nazi guards and workers came down to the clear distinction the creative team made between humanize and consider the people in the photographs as human beings.

“Our game doesn’t exonerate. It doesn’t forgive,” Gronich said. “As one of our characters says, the Holocaust didn’t happen in a passive voice. People actively decided to do it.”

Details: Preview performances this weekend are at 8 p.m. Thursday and Friday; and 2 p.m. and 8 p.m. on Saturday. Performances continue from Tuesday, August 2 through August 21, 2022.

Tijuana-born artist Armando de la Torre’s Park Social project is a mini festival at the Southcrest Recreation Center, in a part of the neighborhood separated by Highway 94. The pop-up draws inspiration from popular arts like puppetry and storytelling, especially in a model of community gathering with music, poetry and artistic creation. De la Torre is a teaching artist at the San Diego Guild of Puppetry.

Audience members can take part in workshops or create their own art, or listen to or watch performances throughout the day-long mini festival.

Contemporary and modern dance company LITVAKdance will collaborate with a handful of other dance companies for a series of shows on Saturday: Los Angeles-based Whyteberg and Entity Contemporary Dance, Tijuana’s Lux Boreal and the locally-based The Rosin Box Project. With live music from the Perla Negra Latin Jazz Quartet, dancers will perform outdoors on the ICA San Diego North campus.

While you’re there, check out the visual arts currently on view. These are the last days of Aaron Glasson’s “Primordial Refuge”, which ends on July 31.

The Athenaeum Music & Art Library in La Jolla will open its annual juried exhibition – the 30th year they have done so. Nearly 900 works were submitted to the call for artists, out of a record of 316 artists. Judging by Anita Feldman, assistant director of curatorial affairs at the San Diego Museum of Art, and visual artist Marianela de la Hoz, 40 artists were selected, including Carlos Castrejon, Brandie Maddalena, Bridget Rountree, Sibyl Rubottom and many more. others.

San Diego Gay Male Choir: “Get On Your Feet”

The San Diego Gay Men’s Chorus has a new artistic director, Dr. Charles Beale, and this is his first show with the group. It’s also a great way to wrap up San Diego Pride Month. The choir will perform arrangements of 80s hits including Journey, Whitney Houston, Pet Shop Boys and more.

More music: Check out my story about the La Jolla Music Society’s SummerFest, which kicks off Friday.

Addy Lyon: “Are you thinking too much?” ephemeral exhibition

In a pop-up one-night-only event, the Hill Street Country Club will showcase works by artist Addy Lyon, including a 6 p.m. screening of her short film.

Lyon’s work draws from her own experiences with mental health and she uses her art both as a tool for healing and as a way to normalize societal conversations around mental health. Lyon also uses sustainable artistic practices in its art, including the use of recycled canvas and other materials, including donated paint.

For more arts events, to submit your own, or to sign up for the weekly KPBS/Arts newsletter, visit the KPBS/Arts calendar here.