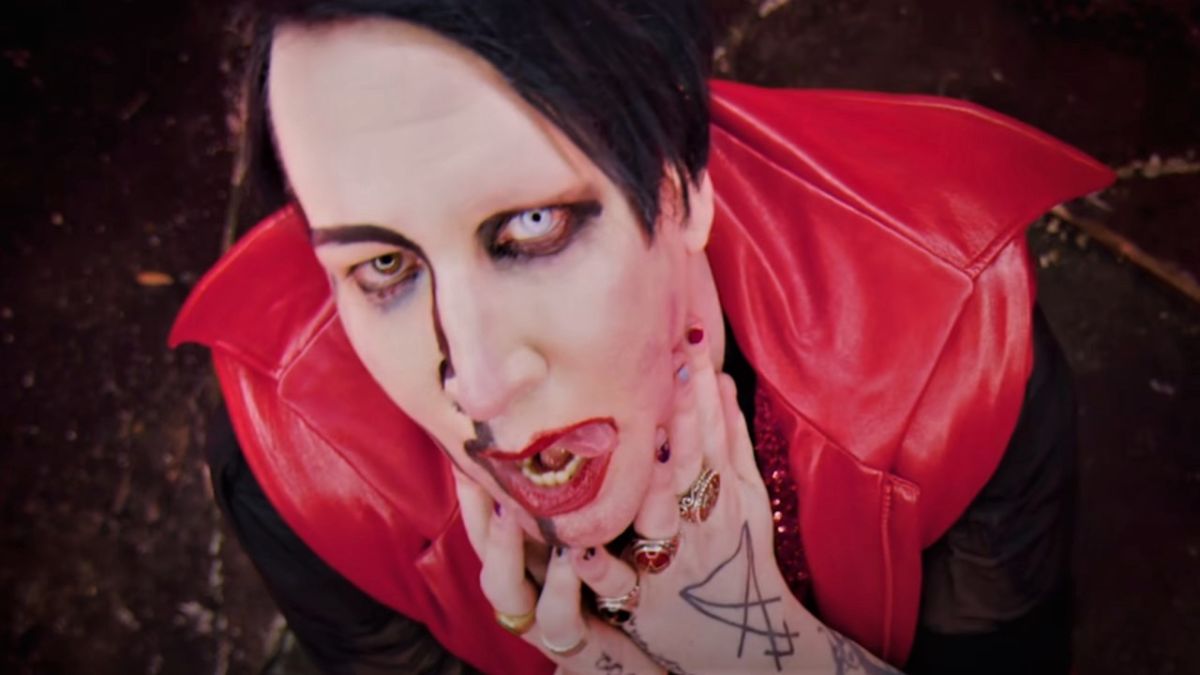 The past year has seen Evan Rachel Wood and Marilyn Manson’s former relationship put under various moral and legal microscopes, but without much resolution at this point. Wood’s two-part documentary Phoenix rising aired in mid-March 2022 on HBO, after debuting earlier in the year at the Sundance Film Festival, and sparked a lawsuit from Manson’s legal team. While all of this is happening on the main stage, so to speak, Wood’s supporters are trying to cleanse the internet of a specific rock star music video that allegedly features the Westworld sexually assaulted actress.

A petition was launched on Change.org with the overall goal of removing Marilyn Manson’s 2007 music video for the single “Heart-Shaped Glasses (When The Heart Guides The Hand)” from Youtube, with more music services added after the initial release. The video was filmed in 2007 when Manson (real name Brian Warner) and Evan Rachel Wood were dating, and made waves at the time for apparently depicting the couple engaging in legitimate sex acts. Although this was denied at the time by Wood and seemingly ignored by Manson, Wood has since claimed that she was given absinthe prior to filming and that the physical acts seen there were not consensual and had to be considered sexual assault. However, the statute of limitations having passed, she could not do anything from a legal point of view.

Although Marilyn Manson has denied all allegations of sexual abuse regarding the filming of the clip – as well as the various other allegations of rape and assault made against him by Wood and several other women — the attention surrounding the video and its production has only grown. So fans and supporters of the actress, along with other survivors, allies and advocates, are trying to remove the video not only from YouTube, but also other mainstream services where the song and/or video may be seen or heard, with TIDAL, Apple Music and Spotify added to the petition days after it was first posted.

The petition claims that the video violates several YouTube Community Rules and Guidelines, including the following:

There’s additional hope that YouTube and other services would remove Marilyn Manson channels and hubs entirely, but that would take even more effort and likely require legal ramifications to kick in. It’s worth noting that it there is a flagged clause in YouTube’s terms of service that outlines how channels can be taken down due to a subject’s actions outside of the platform, but that would likely require Manson’s conviction or confession, which should then be judged on how much it “harms the YouTube community”.

As of this writing, the Change.org petition has reached over 43,000 supporters as it attempts to reach the goal of 50,000 signatures. It’s unclear what might happen at this point if and when the goal is achieved, in terms of whether or not YouTube executives and others will be convinced to scrap “heart-shaped glasses.” of their platforms.

Evan Rachel Wood is currently preparing for an appearance as Madonna in the upcoming Roku Channel comedy biopic BIZARRE: The story of Al Yankovicwith Daniel Radcliffe in the lead role. Meanwhile, Marilyn Manson’s musical and acting career has stalled, but her relatively recent work with other controversial artists such as with Kanye West for donda apparently keep him busy.