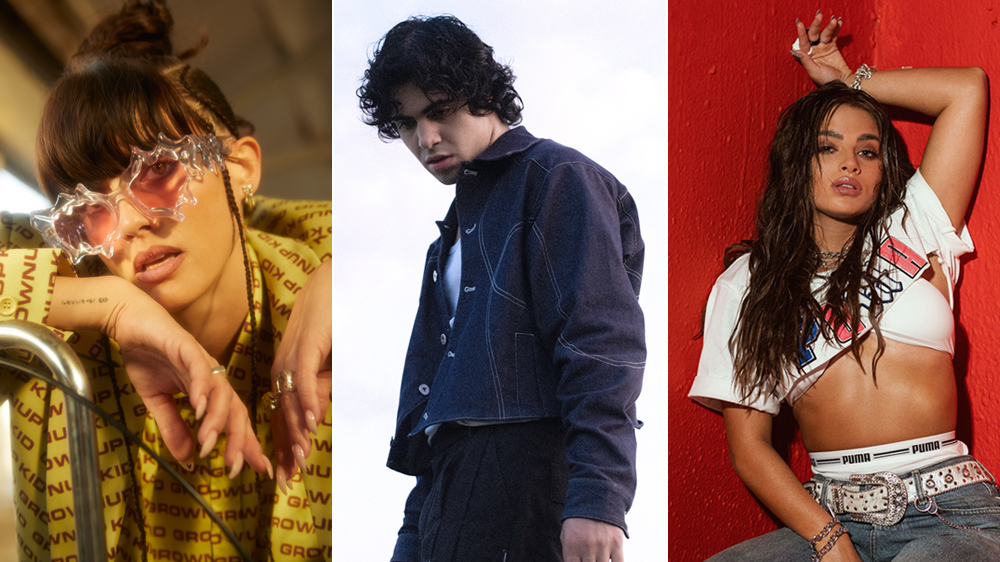 Israel’s estimated $55 million music market, like the relatively small size of the Middle Eastern country, would be quantified as the equivalent of a rounding error for a global music company. But its recorded music revenue growth is up 10.2% in 2021, according to the IFPI, and the majors are taking notice.

In 2021, UMG opened an office in Tel Aviv housing a recorded music division and a branch of Universal Music Publishing Group (led by Managing Director Yoram Mokady and Managing Director Itamar Shafrir respectively). Universal Music Israel’s A&R team got off to a flying start, signing homegrown talent like Michael Ben David and Ozel, the latter of whom presented an industry showcase in May that brought out executives from the UK. United and tastemakers from Israel Radio – always an influential media source in the country – and the live performance industry.

In addition to developing Hebrew-speaking artists, the company has teamed up with James Diener, who signed Maroon 5 for his first label deal at A&M Octone Records and whose Freesolo Management represented Avril Lavigne and the Struts, and Ken Levitan , whose Nashville-based company Vector Management is home to T Bone Burnett, Kesha and Kid Rock, to find a six-member boy band — the Israeli version of BTS or One Direction.

Made up of Jews and Arabs, the guys will sing in English under the As1One banner. The plan, Levitan told an Israeli TV show, “is to bring them to the US or maybe the UK to write and record and hopefully deliver global hits.” As1One is planning a launch in the summer of 2023.

Warner Music has also planted roots in Israel, announcing in May that Mariah Mochiach, a music industry veteran who in her career has handled the repertoire of labels such as Beggars Group and Domino Recordings, would lead a subsidiary of Tel Aviv as GM. The company has a bit of a head start, having signed Noa Kirel (pictured right) — Israel’s answer to Ariana Grande — and Noga Erez (pictured left), who received a dynamic co-sign from Katy Perry, at Atlantic Records US, although neither singer has yet broken out overseas.

“Our industry’s digital transformation has made it more global than ever, lowering the barriers to music discovery and making it easier for artists to connect with fans around the world,” says Mochiach. “Israel is a market with a thriving local scene and a strong appetite for international music. We have been involved in the market with partners for many years, but now seems like the perfect time to go further and establish Warner Music Israel.

Haim Saban certainly thinks so. The founder of indie band Saban Music Group, who has signed Israeli duo Static and Ben-El as well as 22-year-old idol Mergui (a Kirel ex), says: “Israel is a very small country, only 10 million people. inhabitants, and the benefits there are quite limited. Although Saban acknowledges that these local stars “have to give up significant income” to pound the pavement in the United States or abroad – and obtaining a work visa presents its own set of challenges – he sees the wisdom to aim big. “If you’re going to work, why not target the 8 billion people in the world?”

A key part of Saban’s acts is the production of the music. For a two-year-old label (which is distributed through UMG’s Virgin) already having a recognizable sound can make all the difference, and therefore Israeli producers like Jordi (who helmed “Sucks to Know You (FU)” from Mergui) and Jonathan Goldstein find themselves sold out for the foreseeable future. Meanwhile, in the States, Israeli-American Omer Fedi is racking up credits on massive hits like Lil Nas X’s “Montero (Call Me By Your Name”) and 24kGoldn’s “In the Mood.”

“Noa Kirel is a good singer, but there is no ‘Noa sound,'” says Saban. “I wish Noa all the success in the world. If she gets the right material, she can be very successful. And Mergui, if he is successful, gives him incredible coverage with the release of his EP, where he tells what happened between them.

Spoken like a proper promo vet, though he was asked if he was aware that Mergui’s clap to Kirel, “Sucks to Know You (FU)”, was released a year to the day after his ” Please Don’t Suck”, he feigned surprise. ” I did not know that ! Honestly, I don’t think we planned it that way.

The key factor, says Warner Mochiach, is that these artists “are fluent in English, which is an advantage when it comes to promoting internationally. … The ambition, creativity and professionalism of Israeli artists position them well to make a name for themselves on the world stage.

Likewise, adds Saban, the majors “recognized that they are not in Israel just to sell Justin Bieber and Drake records. They are there because they think there is a talent pool. And they are right.