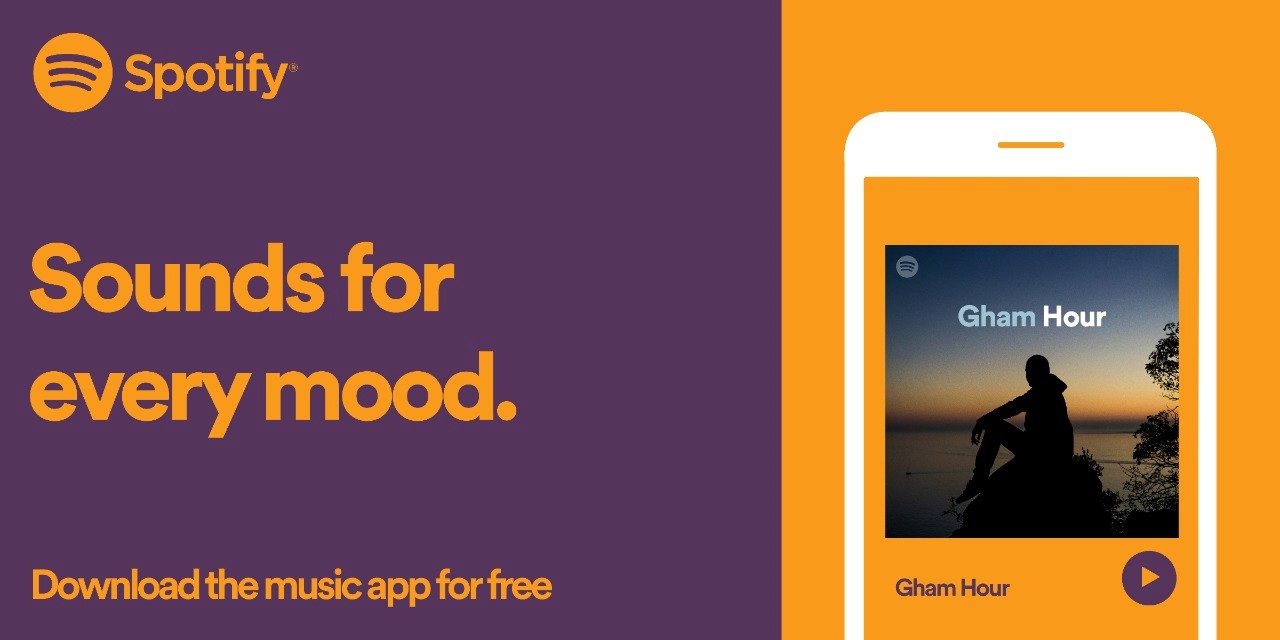 Spotify has launched its first national marketing campaign titled “Jaisa Mood Waisi Dhun”. The campaign celebrates the power of music and how it connects listeners with their feelings, mood and the world around them, and Spotify is the platform through which it all happens.

Spotify entered Pakistan in February 2021, and since then the platform has been able to strike a deal with Pakistani listeners. With access to over 82 million songs and 4 billion playlists available for free, Spotify’s campaign shines a light on how music can transform any moment, from the mundane to the most exciting, through the emotional power of a song or playlist.

The new campaign, “Jaisa Mood Waisi Dhun”, features a series of three TV commercials showcasing a wide range of Pakistani talent, from iconic Thongs to Pakistan’s hottest hip hop duo, Young Stunners. The campaign also features “Peechay Hutt” by Hasan Raheem, Justin Bibis and Talal Qureshi, a song that speaks to the next generation of creators and sounds. Every television commercial celebrates a cultural insight that is uniquely Pakistani.

Starring Young Stunners, the dynamic rap duo of Talha Anjum and Talhah Yunus, and Faisal Kapadia, the creative film shows how Gen-Zs turn to music to enhance any given experience. Advertisement shows young girl partying to her mood a night of Ghazal. But, as she plays”Phir Milengeon Spotify, a huge contrast to his current musical environment, the whole environment ends up changing. Video link here.

Trying to get hold of the car keys first is a daily struggle between family members in most Pakistani homes. However, in this episode of the creative film, we see that with Hasan Raheem, Justin Bibis and Talal Qureshi “Peechay Huttthere’s a melody for almost every sticky situation and that music is there to lighten up any family affair. Link to video here.

Education has the power to change lives, but sometimes long lectures and busy schedules can take their toll on students and teachers. In this ad, we see how music, once again, can be an uplifter, creating an ideal opportunity for learning, growth and positive interactions. With the famous songs “Har Zulm Tera Yaad Haiby Sajjad Ali, andSajni” by Strings, the TVC shows how music can completely change the mood. Link to the video here.

In addition, “Jaisa Mood Waisi Dhun” encompasses a rich mix of media to grab your attention including radio, digital and out-of-home placements in Karachi, Lahore, Islamabad, Peshawar, Multan, Hyderabad and more. The campaign will also include bespoke integrations with Osaka Presents Spotify Cup West Indies Tour of Pakistan, bringing cricket to a nation that loves cricket.

Speaking about the campaign, Ruthie Qadan, Spotify’s Head of Strategy and Operations said, “Music is the language of the heart in Pakistan. He has always been part of our lives, a constant companion. We celebrate life’s milestones with music, we bond with friends over music, and we even ease our sorrows with it. With billions of playlists and millions of songs on Spotify, our listeners can enrich any moment with the perfect melody. This new campaign captures exactly that.

Spotify transformed music listening forever when it launched in 2008. Discover, manage and share over 82 million tracks, including over 4 million podcast titles, for free, or upgrade to Spotify Premium to access Exclusive music features including improved sound quality and an on-demand, offline, ad-free music listening experience. Today, Spotify is the world’s most popular audio streaming subscription service with 422 million users, including 182 million subscribers, in 183 markets.