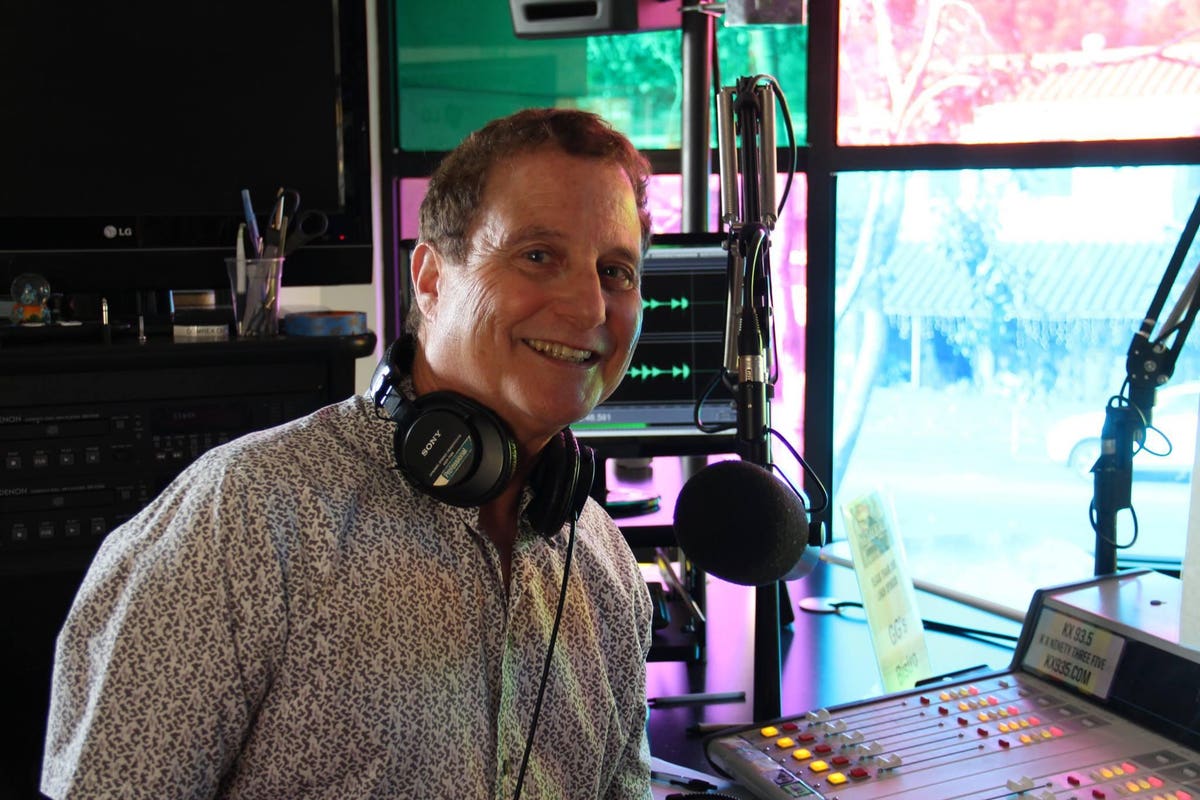 As music fans get older, they tend to stick with the familiar songs that formed the soundtrack to their younger selves – basically the music they feel most comfortable with. With that mindset in the age of streaming, why bother investing time in new music from up-and-coming artists when fans can listen to that old but good one for the umpteenth time? (We see you fans of “Stairway to Heaven” and “Freebird”).

That’s where recording industry veteran Bruce Ravid comes in. A former executive who worked at Capitol Records from the 1970s to the early 1980s, Ravid welcomes Rave’s Indie Radar, a weekly music podcast in which he plays snippets of new songs by modern rock and indie acts. Some of the artists whose music has been featured on Rave’s Indie Radar include Arcade Fire, Courtney Barnett, Ezra Furman, Dehd and Foals. With a natural, relaxed voice tailor-made for a radio DJ, Ravid also offers information on the artists mentioned in the podcast, easily reminiscent of the late Casey Kasem’s Top 40 countdown show.

“One of the things I hear a lot is, ‘Oh, the music isn’t as good as it used to be,” says Ravid, who lives in California. “I try to explain to people that the reason in is that if we compare today to the 80s, it’s apples and oranges anyway. Everything is so different in the music world. There was no TikTok having such a huge influence there. is five years old. So things are changing so fast these days. What I’m trying to do with the podcast is to show people that there really is great music out there.

Unlike most music podcasts, Rave’s Indie Radar is really short – the length of each episode varies between just six and 10 minutes. According to the host, this format was intentional. “The reason for that is that we live in such an ADD world. It’s really trying to give people something really fast, and we found the reaction to that was actually really good. People like the idea let it be short.

In preparation for the podcast, Ravid is doing his homework to find new music, whether it’s browsing the internet or getting on playlists. “I’ve always been a bit of an Anglophile, and one of my main responsibilities in A&R at Capitol was working with all of our UK bands. I always go to the NME [New Musical Express] site every morning to see what they write. I’ve always made a point – whether back in A&R or now -[to] listen to everything that happens. I believe that everything is worth listening to and I have these kind of favorite places where I go to see what is happening, and then, of course, there is also a bit of word of mouth.

Among the new independent bands he championed on Rave’s Indie Radar include Wet Leg and Fontaines DC “I can’t remember exactly where I first heard of Wet Leg”, recalls Ravid, “but I remember hearing this song which became my number one song from the year, “Chaise Longue”, and she just blew my mind.

He adds: “I try to attend shows as reasonably as possible, and the Fountains DC show, for example, which I went to several weeks ago in Los Angeles, was literally one of the group shows the most promising I have ever seen. seen for many years. I thought that was wonderful. I think Fontaines DC could be an arena band if they stay on track. They are so good.

Ravid is no stranger to broadcasting. Growing up in Chicago, he aspired to be a Top 40 DJ or Cubs play-by-play guy. As a student at the University of Wisconsin-Madison, he was a DJ and then music director for the school’s radio station in the early 1970s. music now really started on college radio when we were supposed to be getting our majors,” he recalls. “One of the best pieces of advice I give to current students – and I talk to them all the time – is to find something you’re passionate about and do it.”

His experience at the college radio station led Ravid to work in promotions at Capitol Records in 1973. “Capitol would call me weekly to go over the airplay,” he recalled. “Sometime in the spring of my senior year, they said, ‘Bruce, you graduated, didn’t you? Well, we have a number two promotion position open in Chicago. Would you come and interview for that? I was all set to come to LA at USC to get an MBA, but of course I went to interview and ended up being hired for freshman year.

“So here I am, 22, paid to take radio people to meals and talk to radio people about music and go to concerts, it didn’t even seem to work for a long time. Obviously , I never looked back.

From there he then transitioned from promotions to artists and repertoire (A&R) at the Capitol, where he worked with bands such as Knack, Iron Maiden, Missing Persons, Thomas Dolby, the Motels and especially Duran Duran before did become the biggest pop group in the world during the first half of the 1980s.

“They were signed with EMI, which was our parent company,” Ravid says of Duran Duran. “They had already done the first album, and there were already rumblings of this incredible New Romantic movement in England, which I think there were four bands at the time, Duran Duran being one of them . So I had the benefit of actually having an album that was produced – their first album [1981’s Duran Duran]– and probably a video or two by that time had already been shot. I had the opportunity to kind of take that and see the buzz that was going on with Duran Duran. It was really obvious to release it in the United States.

“They were exciting,” he adds. “They were different, but at the same time they incorporated musical elements that of course were huge in the years before that, whether it was dance music or punk. They kind of threw it all together, and of course they have this amazing look.

Ravid remained at the Capitol until 1982; he then became a corporate headhunter and started his own company Ravid and Associates. Over the following decades, the music industry went through major changes, moving from CDs to MP3s, streaming and TikTok. What does he think of the industry today? “It’s more like good news, bad news. I think everything is much more difficult, I’m also involved in management, and there are so many more boxes to tick than five years ago, let alone a few decades ago. If we talk about the 80s and go on the radio, you were almost home. And now there is so much more.

“So it’s a lot easier for people to spread this stuff, but how do you stand out? Without having a really solid game plan and team, how do you really get enough people to hear the music? I think there’s also a big gap between all the brand new stuff and then the stuff that the radio plays, which is over and over and over again, and I think that’s a big gap between the first stage and the final step.

Bridging that gap is what Ravid, who also hosts a radio show called Going deep, try to do. “I play a lot of familiar artists, but it’s not the song people are going to hear everywhere they go. So I try to be nice to the guy in the middle, trying to take him out of the huge list. But it’s really hard right now. Blogs don’t seem to have the same pull as they did a few years ago. And there’s a lot of artists who hate having to do TikToks, right? “Like it or not, TikTok is pretty big for a lot of different types of music. I watch it because I just want to see what’s going on there. But I can’t say I was thrilled with the concept. when I started hearing about it.

Long after working in the recording industry with artists who became legendary stars, Ravid remains enthusiastic about discovering new music. “I’ve always been a bit of that guy,” he says. “Most people stick to the music they loved in high school and college. Where in my case, I’m the opposite. I kind of connect the past and the present together, because I think that if people were into what I have on the podcast, they would hear a lot of elements of the music that was great at the time.

Rave’s Indie Radar can be heard on Spotify, Apple Podcasts and other podcast platforms.

Guess who got his guitar back after 45 years? Randy Bachman can’t believe his luck