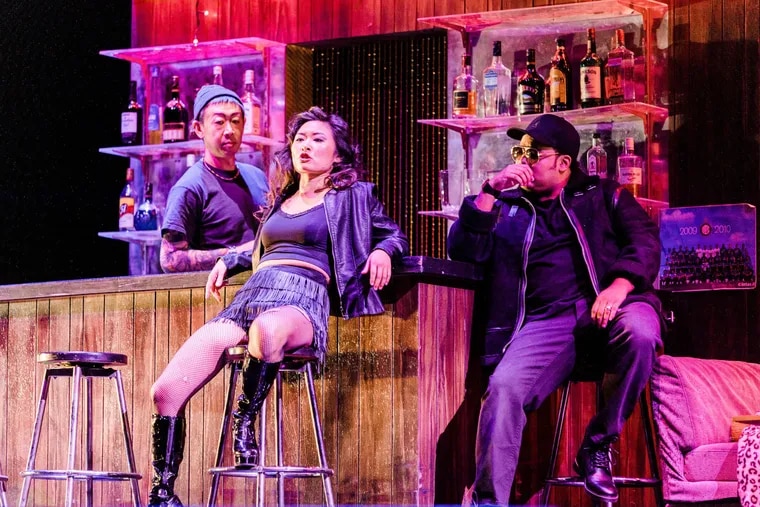 Every once in a while, one can’t help but step back from the opera stage and marvel at the army of singers, choristers, instrumentalists, visual artists and technicians focused on making everything that.

This does not seem to be an isolated opinion. In its long-awaited return to stage opera at the Academy of Music (942 days, since September 2019), the Philadelphia Opera Rigoletto The production drew a sizable audience of 1,400 (70% of “full view” seats) despite soft ticket sales in other cities and an isolated COVID outbreak that curtailed the Curtis Symphony’s Kimmel Center concert Orchestra at a chamber music recital.

Admirably, the Philadelphia Opera did not rely on traditional production. Imported from New Zealand Opera, Lindy Hume’s production updated the story from its 16th-century origins to more modern governments (former Italian prime minister Silvio Berlusconi was on its mind), with towering interiors and multiple video screens that suggested anything from a news conference to what appeared to be a seagull turning into a vulture.

But despite a vocally capable cast, that gamble worked intermittently at best. Overall, the opening was medium-tension — it felt more like a dress rehearsal — with everything in the right place but no molten core of primal emotions. The three subsequent performances — May 1, 6, and 8 — may well be different, at least on that front.

In any case, visual adjustments must be made. In this gritty tale of the Duke of Mantua – with his corrupt court and disposable attitude towards women – Rigoletto is not so much a buffoon as a sharp-tongued butler was in an elegant uniform. There are few hints that the character was originally written to be a hunchback. And when he was home, Rigoletto seemed like a typical suburban guy. No problem. Really.

The character’s point is his fear and rage at the kidnapping of his virginal daughter Gilda. After her ravishing aria ‘Caro Nome’ professing her love for the Duke, she was surrounded by dimly lit men in business suits – a very striking stage image. The characters were brutally beaten at various times. Gilda’s subsequent nocturnal abduction was a jumble of flashlights – a decent solution to a rarely convincing scene.

Elsewhere, the brilliant ideas and good intentions didn’t translate well into the strengths of this particular cast by revival director Daniel Pelzig. Tenor Joshua Blue, for his part, sang the Duke in a pleasingly robust way with a wonderful upper range and some of the most perfect vocal trills I’ve heard in years. But when he was not a public statesman and was silent at the roadhouse, he became clumsy and unconvincing.

As Gilda, Raven McMillon proved to be a warm-voiced, lyrical soprano whose coloratura abilities were a little hesitant and would likely be helped by not having to sing while rolling around in bed. (With good music, there are times when old-school position and singing still work.) In the title role, Anthony Clark Evans promised to be an answer to Verdi’s baritone shortage with a solid Italian voice, a fast but disconcerting vibrato. , benign stage presence. Where was the paternal rage?

You could hear it at least in the writing of the orchestra. But while musical director Corrado Rovaris’ cachet was evident in the meticulous musical preparation, his usual performance electricity was muted. You know Rigoletto works when, despite the dated plot devices, you care enough about the characters to hope it doesn’t end tragically. In this production, the low-life characters of Sparafucile (Wei Wu) and Maddalena (Kristen Choi) – seen in a setting that resembled a roadside bar in Florida – lent themselves so strongly to the final act that you have almost rooted for them.

Well, we’re all getting used to being back in the world, and opera people aren’t necessarily different. The many moving parts of any business sometimes need to be warmed up. And if that Rigoletto was an essential step in the Philadelphia Opera’s journey to full growth, I’ll take it.