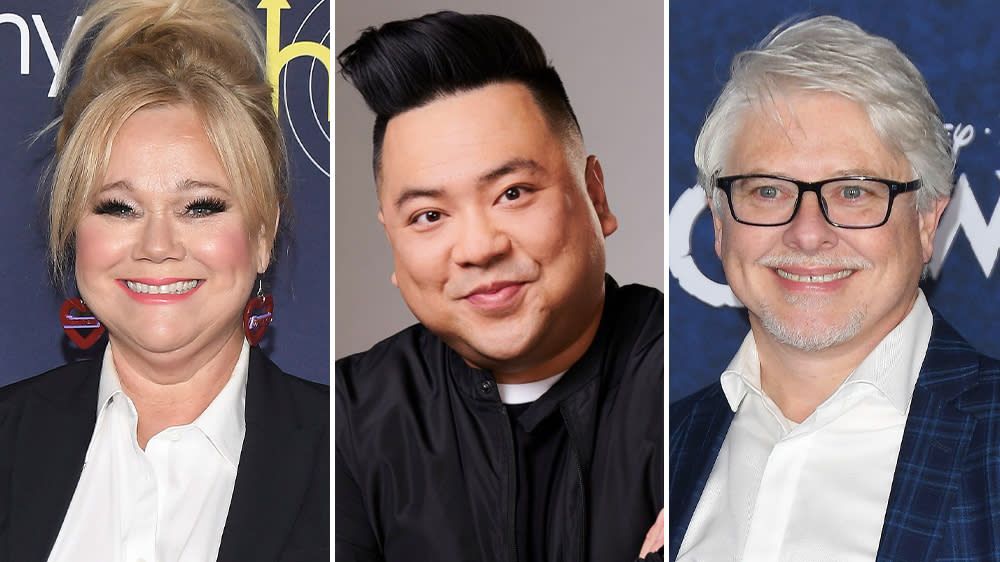 the Amazon Prime Video contest series”LOL: The last one who laughswill launch a Canadian edition on February 18.

“The last one who laughs CanadaCompetitors include Caroline Rhea, Dave Foley, Debra DiGiovanni, Jon Lajoie, Tom Green, Colin Mochrie, Mae Martin, Brandon Ash Mohammed, Andrew Phung and K. Trevor Wilson. Hosted by Jay Baruchel, the six-part series follows the 10 comedians as they attempt to eliminate others by making each other laugh (through stand-up, musical performances, improv and more), without make fun of themselves. The comedian who outlives his competitors wins the grand prize of $100,000 for the charity of his choice.

Executive producers are John Brunton, Erin Brock and Shannon Farr. The series is produced in association with Insight Productions.

“LOL: Last One Laughing Canada” is the latest adaptation of “Documental”, an Amazon Original series in Japan owned by Yoshimoto Kogyo and created by and starring Hitoshi Matsumoto – where Matsumoto directs 10 comedians who bet their own money in a ” Battle of laughs behind closed doors.The format of the series has also been successful versions in Mexico, Italy, Germany, Australia, India, France and Spain.

The first two episodes of “LOL: Last One Laughing Canada” will be followed by two new episodes on February 25 and two more on March 4.

The 20th season of “American Idol” is slated to premiere Feb. 27, and ABC reflects on the show’s legacy in its latest trailer. The first look features judges Luke Bryan, Katy Perry and Lionel Richie, plus host Ryan Seacrest, as they meet this season’s singers – plus clips from some of music’s biggest names from the contest vocals, including Kelly Clarkson, Jennifer Hudson, Carrie Underwood and Adam Lambert. “American Idol” is produced by 19 Entertainment of Fremantle and Industrial Media and aired on ABC for 5 seasons. Executive producers include Megan Wolflick (also showrunner), Jennifer Mullin, Trish Kinane, Eli Holzman, and Aaron Saidman. Watch the Season 20 trailer below.

Apple TV has announced a new four-part documentary series, “Lincoln’s Dilemma,” which will seek to offer a more nuanced look at Civil War-era President Abraham Lincoln. Narrated by Jeffrey Wright and featuring the voices of Bill Camp as Abraham Lincoln and Leslie Odom, Jr. as Frederick Douglass, the series is a 21st century examination of the people and events that shaped the evolution of Lincoln’s position on slavery, while trying to amplify the slave narratives. “Lincoln’s Dilemma” is produced by Eden Productions and Kunhardt Films. Executive producers are Peter Kunhardt, Teddy Kunhardt, George Kunhardt, Josh Tyrangiel, Richard Plepler, Jacqueline Olive, Barak Goodman and Jelani Cobb. Olive and Goodman direct the series. All four parts will premiere February 18 on Apple TV.

BBC Studios has announced the promotion of Eve Frederick to senior vice president of production for the company’s Los Angeles production arm. She currently oversees the production teams of a variety of series produced by the BBC studios, including three series under “Life Below Zero” on National Geographic, the hit documentary “Murder Among the Mormons” for Netflix, “Ex- Rated” hosted by Andy Cohen. on Peacock and “Top Gear America” ​​on MotorTrend. Frederick was most recently Vice President of Production for BBC Studios, Los Angeles Productions. His additional series credits at BBC Studios include “Port Protection” and “Breaking Bobby Bones” for National Geographic and “Texicanas” for Bravo.

Ariana DeBose, Willem Dafoe and The Lumineers will appear on “The Tonight Show Starring Jimmy Fallon” on Thursday, while Peter Dinklage, Fortune Feimster and Oliver Tree will be on “Jimmy Kimmel Live!” “The Late Show with Stephen Colbert” will feature Liev Schreiber and Allison Russell.

The best of variety