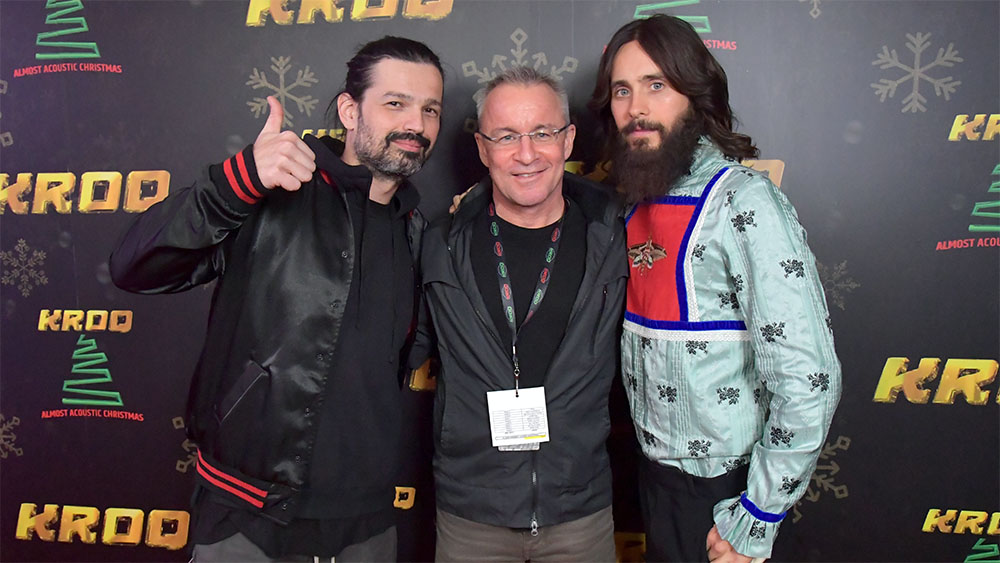 Kevin Weatherly returns to KROQ after two years at Spotify

In what has become the radio industry’s soap opera, Kevin Weatherly, the former program director of Los Angeles’ KROQ, who helped build the station to become a leading arbiter of alternative rock music in nationally, returns to frequency as senior vice president. programming.

He is leaving Spotify, where he served as head of North American programming, after just over two years, officially debuting at station Audacy on June 6.

In March, Variety reported that Mike Kaplan had resigned as program director at KROQ, the station he revamped after joining in 2020. KROQ had resisted major changes under Kaplan, which initially distanced the station from its rock roots and alternatives to a more new and pop alternative. acts.

But by targeting younger audiences, who don’t traditionally listen to the radio in large numbers, the station lost a significant portion of its core audience and lagged behind competitor KYSR-FM (“Alt 98.7”), a iHeartRadio station, in the ratings. (Note: Alt 98.7 is programmed by Lisa Worden, a Weatherly protege who spent 20 years at KROQ.)

In his new role, Weatherly will oversee KROQ’s content strategy, talent, operations and branding and also serve as vice president of format for Audacy’s portfolio of alternative stations across the country – a position previously occupied by Kaplan.

“We are thrilled to welcome Kevin back to KROQ to oversee the iconic brand he helped build,” said Jeff Federman, regional president and market manager for Audacy Southern California, announcing Weatherly’s return. . “KROQ is a mainstay in the SoCal community and few people understand the connection between this station and its fans like Kevin. We look forward to his return and the evolution of the brand even further.

“KROQ is one of the most recognizable and iconic brands in all of radio,” Weatherly added. “I have had the privilege of spending the majority of my career programming KROQ and I am full of energy and ready for the next chapter. We have a lot of work ahead of us to restore KROQ to its rightful place in hearts. and the spirit of long-time listeners and partners, and I can’t wait to get started.

Weatherly’s departure in early 2020 preceded the series of changes Federman made to KROQ that sparked a tuning slump at the station. This included the firing of morning show hosts Kevin Ryder, Allie Mac Kay and Jensen Karp, as well as the arrival of Weatherly’s replacement Kaplan. Kaplan revamped KROQ’s sound in an effort to appeal to younger audiences by programming

But longtime listeners left, mostly because of the void at the start of the morning show. But rock fans accustomed to KROQ’s harder sound also came out. When Kaplan left KROQ in March, the station had just returned to the more gold and rock-focused alternative sound that had been championed by Weatherly.

Weatherly has been rightly hailed over the years as one of the architects of KROQ’s dominance in the 1990s and 2000s. struggled to evolve its sound and, in the 2010s, was criticized for being stalled as its main playlist, led by overplayed tracks by bands such as the Red Hot Chili Peppers, started ringing. vitiated. Weatherly was also still at the station when some of its most iconic sportsmen, including Rodney Bingenheimer and Jed the Fish, left.

The challenge for KROQ is not unlike the problem facing the alternative music format on radio across the country, as aging listeners stick to what’s tried and true – meaning it there is no room for musical discovery or new audiences. In Chicago, Cumulus’ alternative WKQX recently reacquired the “Q101” brand in hopes of attracting listeners who remember the station in its 1990s heyday. sold the “Q101” name to investors; Cumulus relaunched an alternative format on the 101.1 frequency in 2014, but could not find the “Q101” name until last month.)

Now it will be up to Weatherly to figure out how to right the KROQ ship, both finding the right musical mix, but also building a stable of talent that perhaps reflects the glory days of the station.