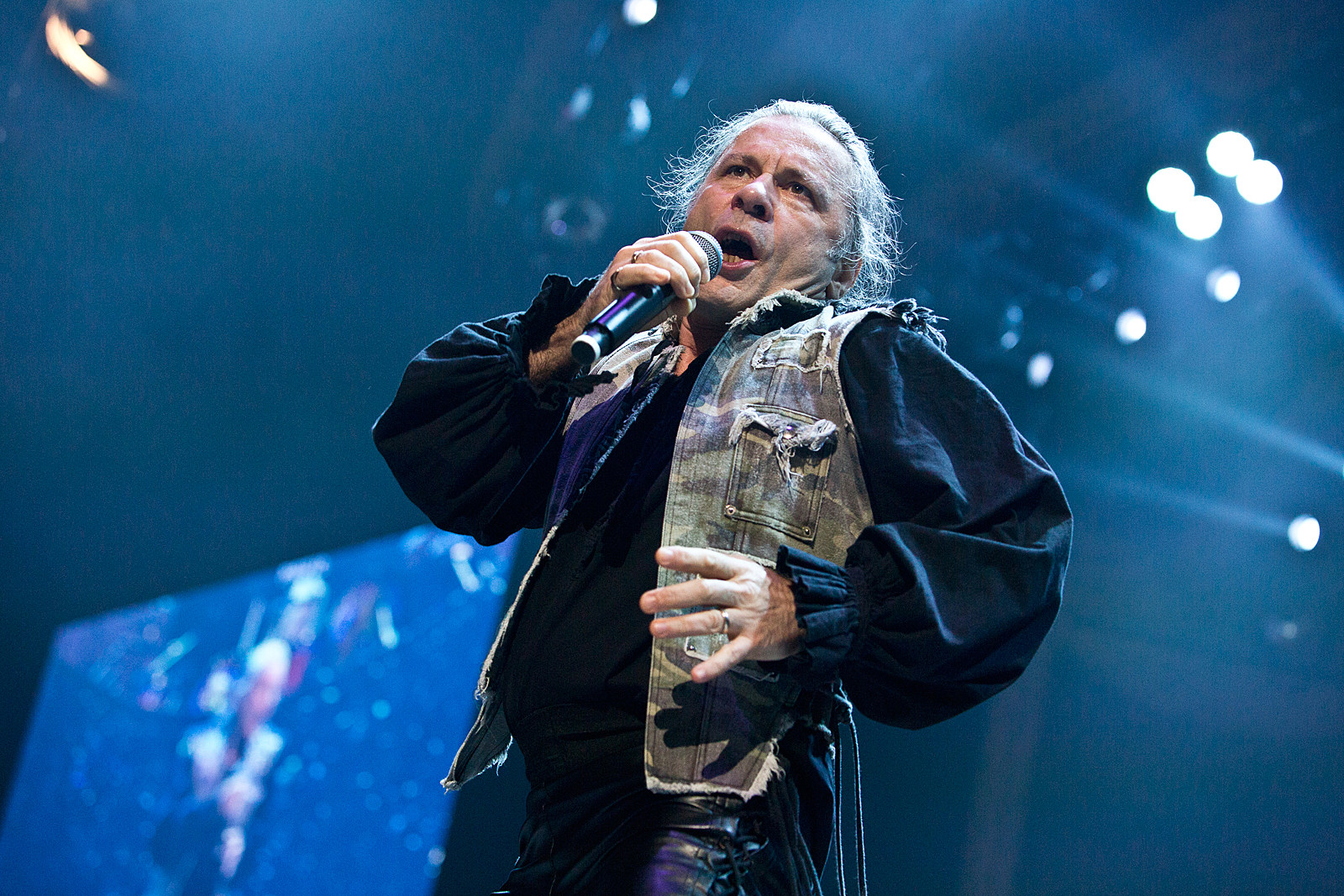 Iron Maiden rules. It is an indisputable fact. The band has a well-deserved reputation as legendary live performers, a discography full of legendary metal tracks and albums. Even last year’s release, “Senjutsu,” rocks. At the heart of Maiden’s sound is a two-guitar attack led by Adrian Smith and the powerful vocals of Bruce Dickinson.

Dickinson is one of the most distinct voices in rock history, possessing a powerful operatic voice. On Wednesday, Dickinson will use this voice at The Egg. But it will not be to surround “The Trooper” or “Run to the Hills”. It will offer spoken word performances and Q&A with the audience.

Now, that begs the question: why on earth would anyone go and listen to a poetic heavy metal singer for two hours? In the case of Bruce Dickinson, we should do it because he could well be, with all due respect to the guy from Dos Equis, the most interesting man in the world.

Being the lead singer of one of the most successful bands in the world is quite remarkable and probably leads to the accumulation of a lot of stories ranging from the surreal to the depraved. But that alone is not necessarily interesting. It’s what Dickinson does between Maiden gigs that stands out.

For starters, he pilots the plane that takes the group from town to town. Dickinson has been a licensed pilot for decades. During Maiden’s tours, he commandeers the 747 or 757 (this is a musical chronicle, not an aviation piece) which transports the band and its crew. When not on tour, he operates commercial flights, formerly for charter service Astraeus and currently for his own company Caerdav Aviation.

Singer, pilot, pretty cool. But that’s not all. The guy is an internationally renowned fencer. During the height of Iron Maiden’s fame in the mid to late 1980s, Dickinson trained at fencing clubs before gigs. In 1988 he was Britain’s seventh ranked fencer and could have pursued a possible Olympic bid. Obviously he didn’t, as Maiden was at the height of his fame, but in 2013 he competed (and scored) in a fencing display against the 2012 Olympic silver medalist in this sport.

Alright, so you have music, flying, and sword fighting. But wait, there’s more!

He’s an author. As well as the standard rockstar autobio, Dickinson has two novels to his name that ridicule British high society and wrote the script for a horror movie about the occult. In the early 2000s and 2010s, Dickinson was a television personality and hosted programs on music, aviation, military history, and science. He produced a documentary about his 1994 solo performance in Sarajevo, which occurred during the longest siege of a city in the history of modern warfare and resulted in him being smuggled in by forces of the UN to perform. He took what was supposed to be a vanity craft beer project for Iron Maiden and turned it into an ongoing collaboration independent of the band’s brand. And Dickinson used his downtime during the pandemic to launch a podcast with British psychologist Dr Kevin Dutton, “Psycho Schizo Espresso,” which explores offbeat scientific and cultural phenomena and theories.

Wow, that’s a lot. But all of this answers the question first posed a few hundred words ago: why on earth would anyone go and listen to a heavy metal singer go poetic for two hours?

Because Bruce Dickinson lives his life to the fullest. While it might be the music that grabs the attention and interest in a show like this, it might be the least interesting thing about it. Hearing him talk about his various events and interests should at the very least be a fascinating and hopefully compelling enough diversion. This is her first tour of America with her spoken word shows, making it a new experience for Maiden devotees.

You won’t hear “2 Minutes to Midnight” or “The Trooper,” and you don’t even need to have a fondness for those songs, but if you want to hear about something new and probably weird , run to The Egg on Wednesday.

An Evening with Bruce Dickinson

Where: The Egg, 1 Empire Plaza, Albany