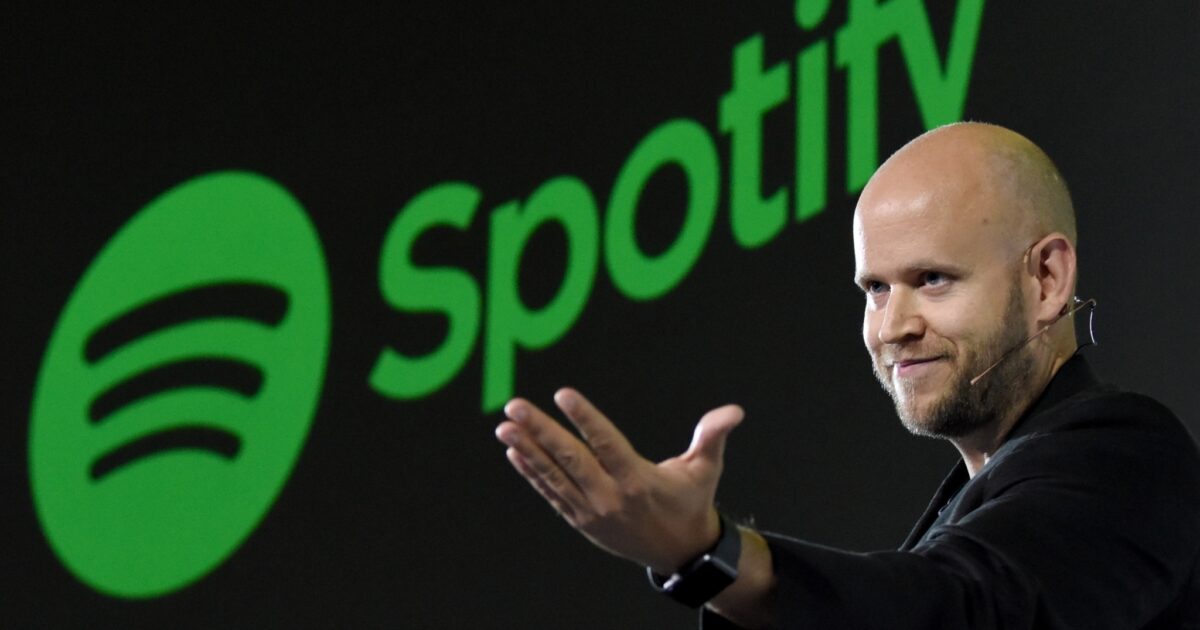 In the music streaming war, no one wins.

Joe Rogan may have made many misleading, racist and transphobic comments on his podcast, The Joe Rogan Experience, but its language isn’t the only battle being waged on the audio streaming service. Unbeknownst to most users, Spotify has a secret business – supporting the military-industrial complex.

In November 2021it was announced that investment firm Prima Materia, Spotify co-founder and CEO Daniel Ek has invested €100 millions of dollars (114 million) to Helsing, a Europe-based artificial intelligence company that helps military technology companies. Helsing’s AI technology would aid battlefield operations, helping to identify and evaluate multiple forms of data collected through sensors to piece together a picturesque view that military agents could then use at their discretion. .

Ek was eager to show off his red hands in the war machine, stating he was proud to close the deal, ​“to partner with teams like Helsing. He also praised the company, saying the deal was, ​”ambitious, ethical, & driven by a mission to help build a prosperous society.

Why would the CEO of a company whose goal was to provide instant access to music use his profits to fund war efforts? Although a report by Marie Charlotte Götting published on Statista indicates that in 2021, 73.2 % of Spotify revenue » ​“primarily used to pay royalties to music rights holders and other fees,” payments to individual artists who don’t have big names are often miniscule. The scale of Ek’s investment in Helsing deeply narrows the artists operating within Spotify’s payment distribution model.

However, the support does not stop at direct investments. Spotify also hosts podcasts dealing with several elements of military affairs from history, strategy, and military technology. a podcast, Institute of Modern Warfaregave an eerily close-to-home discussion of the presence of AI, technology, and its human relationship to warfare in an episode last month titled ​“The robotic revolution is already here. As the program tiptoed through the real-world elements of AI, an in-the-know listener might be able to pick up on some curious overlaps with Spotify’s real-world investments. This episode, produced by West Point, spoke of the AI ​​framework in its nuanced digital forms, connecting author August Cole’s vision of the future of trendlines in the context of the future of conflict, and the role that developing technologies such as software and robotics can play in relation to the possible future of warfare.

“Imagine when we start applying these capabilities and technologies to things in the physical world,” said Cole, who co-authored Burn-In: A Novel of the Real Robotic Revolution. He continued with a discussion that invited the audience to wonder, ​“what will be the role of the robot in the future of warfare.

Another podcast, titled From balloons to drones, actively discusses the development of military airfare power from the past to the present. Episode 21, aired in December, explained how drones are part of modern warfare. Michael J. Boyle, author of The Age of Drones: How Drone Technology Will Change War and Peace indicated on the program that, ​”There is also a degree of intimacy in the sense that you know your target very well. You know who this person is. Drone pilots operate remotely but intimately with targets, which means they ​“see them get up in the morning” and ​“maybe say goodbye to their family. Boyle explains pilots ​“connect” with targets to some extent because they observed them for ​“long periods of time.

The fact that these particular podcasts are not only hosted on Spotify, but are also available on other music streaming platforms with their own connections to the war machine, is sobering. Discussing these topics while actually collaborating in these militaristic efforts through their investments is even worse.

However, the military sectors are regularly defended by the companies that support them. Both Amazon and Microsoft have reportedly received military contracts to help with drones. Amazon founder Jeff Bezos was adamant and proud of it, saying at the annual Reagan National Defense Forum in 2019, ​“If big tech is going to turn its back on the Department of Defense, this country is in trouble, it just can’t happen.

Yet despite this news going unnoticed, some artists on the platform have spoken out against Spotify’s military relationship. On his Twitter, artist and DJ Darren Sangita wrote: ​“It’s so vile. Music is NOT war! Just wrong on all levels. Sangita took his music off the platform when he learned of Ek’s investment and urged others to do the same. He even went so far as to encourage others who might join him to leave the stage. Sangita calls for peace and an end to Spotify’s involvement in arms companies. A few other artists followed suit after this announcement, including DJ Michail Stangl aka Opium Hum, DJ Justin Space and Gothtronica artist Saint Martyn.

But even with increased awareness of Spotify’s actions, many artists still have their hands tied. Max Collins of rock band Eve 6 explained at length on Twitter that he was unable to avoid Spotify due to his contractual obligations with his record company, despite frustrations over Spotify’s ties to the military-industrial complex.

However, military connections to technology are not exclusive to these streaming giants. Someone choosing to buy from Tesla, for example, may overlook Tesla’s ties to military contracts and Taiwanese police fleets. Someone who orders groceries online through Amazon might not know that Amazon Web Services was awarded a hotly contested contract to help create an AI-driven solution. ​“war cloud” of services for the US military. Someone searching Google (Alphabet, Google’s parent company, also owns Youtube) might not be aware of the company’s desire to work with the Pentagon on another form of warfare cloud technology, the Joint Warfighting Cloud Capability, or prior military contracts challenged by 3,100 Google employees. Anyone who might use Apple wearable technology might not know that the company has also contracted with the military to make wearable, expandable electronics for soldiers to wear.

These military ties that collide with so many products and services in our daily lives raise ethical conundrums. How are consumers supposed to operate within this framework? How do artists maintain their ethical integrity while continuing to make a living by reaching the right number of fans? It currently remains to be seen. Unlike doctors, these platforms have no moral duty towards their consumers or artists. Their top power is the almighty dollar.

Streaming platforms like Spotify, Apple, Amazon and Youtube don’t have any legal obligations to do business. They’re empowered in part because we didn’t insist on writing one for them. If we really want a future where our music is free from bombs and war, we need to think harder and push the platforms and companies that bring our streaming services to us. Only with compassionate and motivated consideration can we all dance together to a freer and more peaceful rhythm.

Thinking of quitting Spotify? Here are some alternatives and how to transfer your music

“Baby Shark Live!” » coming to the Berglund Center in April