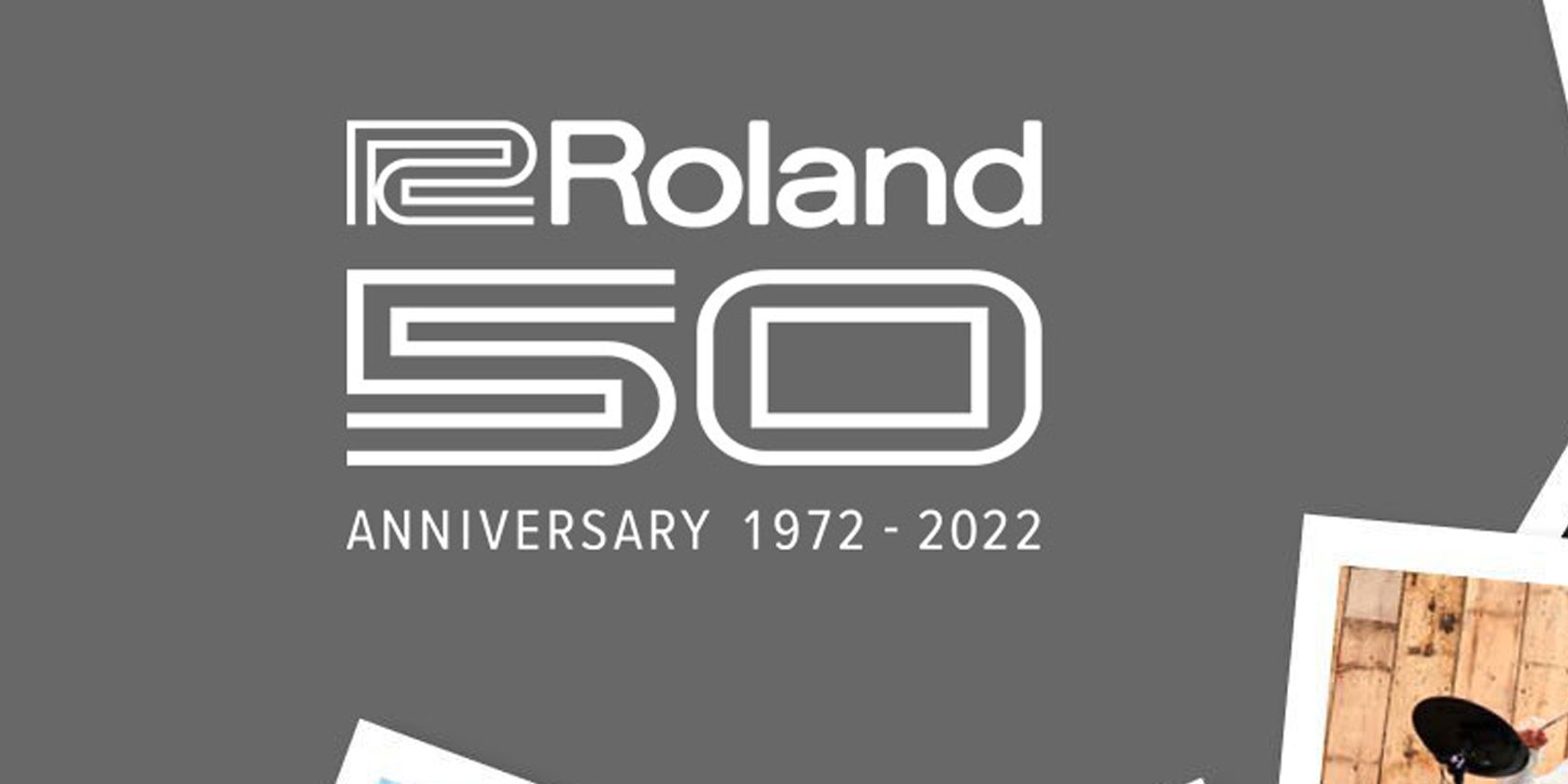 In 2022, the pioneering electronic music company Roland celebrates its 50th anniversary. And to celebrate 50 years at the forefront of this field, Roland launched a dedicated website and teased many new products launched throughout the year.

Roland launches a dedicated website for its 50th anniversary

Roland At 50 is a comprehensive look back at the company’s history, its best-known products and the artists who use them today. From drum machines to samplers and synthesizers, the site takes us from the 70s and 80s to current Roland innovations.

Founded by Ikutaro Kakehashi in Osaka, Japan in 1972, Roland was designed for the people; hobbyists who couldn’t necessarily afford an Arp or Moog synthesizer.

His first official product was a rhythm machine, the Rhythm 77. Based on the R1 Rhythm Ace, Kakehashi’s previous invention at his later company Ace Electronic Industries, the Rhythm 77 paved the way for the iconic Roland TR series. Thus began the story of Roland.

What Roland has planned for 2022

As fun as nostalgia is, it’s more interesting (and useful) to look at the present and the future, so here’s what Roland has planned for 2022 to celebrate its 50th anniversary.

Based on the Aerophone Pro, the Aerophone AE-20 is a compact wind instrument synthesizer. It has presets for woodwinds, strings, brass, and synthesizer that are all accessible with a single button.

The AE-20 uses the same synthesizer engine as the Roland FANTOM and JUPITER-X synthesizers, the ZEN-Core Synthesis System, which makes its sounds transferable to multiple Roland instruments.

USE VIDEO OF THE DAY

January 2022 was a prolific month for Roland as the company announced numerous contributions to live streaming technology.

Roland also introduced its UVC-02 Web Presentation Dock, a portable hub that can connect via HDMI to any pro-level camera and microphone, making web presentations neater and easier to put together. All you need is a USB cable to send your audio and video footage to any video meeting or streaming platform.

In conjunction with the UVC-02 Web Presentation Dock and AeroCaster system, Roland has unveiled a new microphone designed for live streaming. The CGM-30 gooseneck microphone plugs directly into the UVC-02 web presentation dock via an XLR cable, making it easier than ever to capture crisp, clear sound for your live broadcasts and your video meetings.

Roland took the JD-800 synthesizer and repackaged its sounds and styling in the JD-08 for the ultimate foray into ’90s electronic music. In addition to the original waveform sounds of the JD-800, the Roland JD-08 features a two-part polyphonic sequencer, built-in effects, and full USB-C MIDI compatibility.

The Roland JX-08 takes us back to the 80s with the sounds of the Roland JX-8P synthesizer and the programming features of its companion programming unit, the PG-800. It features built-in effects, including the iconic Roland Juno 106 Chorus, additional polyphony with 20 voices more than the original, and full USB-C MIDI compatibility.

Roland Cloud Connect gives you full access to a one-year subscription to Roland Cloud and its included sounds. The WC-1 adapter connects wirelessly to your mobile devices, allowing you to have thousands of classic Roland sounds available directly from your tablet or smartphone.

It is available on Android and iOS.

Roland looks to the past and the future

For 50 years, Roland has influenced not only electronic music technology, but its creation as well. As the world of electronic music continues to open its arms to independent artists and beginners with affordable software and instruments, Roland remains a cornerstone of this exciting new era.

How to Make Beats on GarageBand

GarageBand is a powerful tool for creating all kinds of music, and it’s especially great for creating trap and hip hop beats.