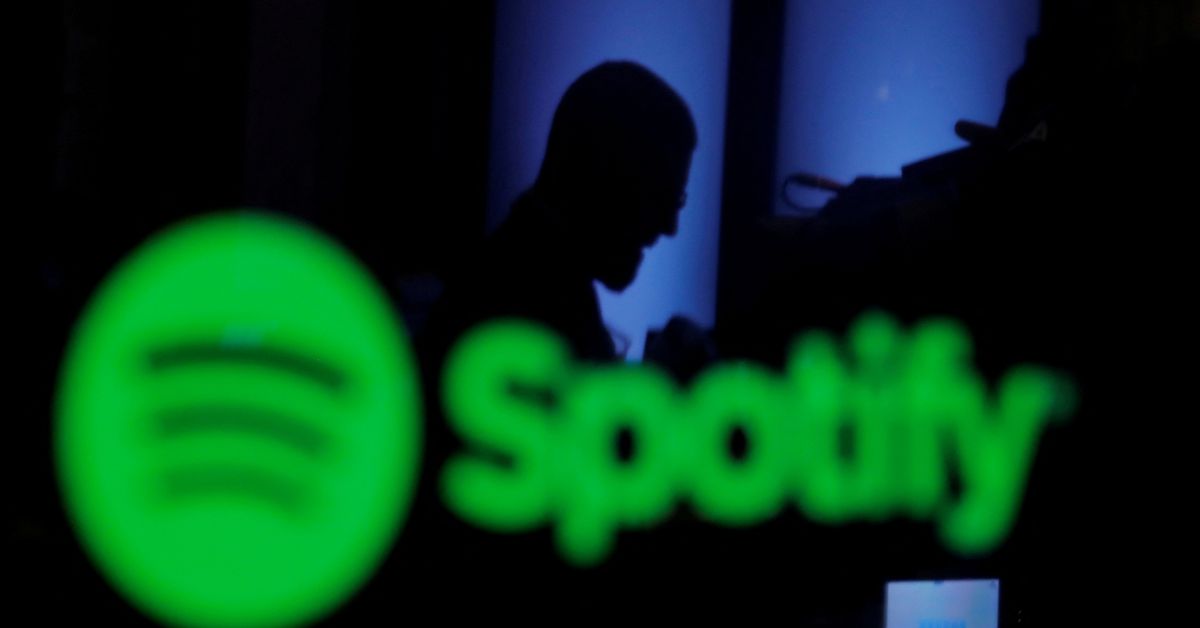 A trader is reflected on a computer screen displaying the Spotify brand before the company begins selling as a direct listing on the floor of the New York Stock Exchange in New York, U.S., April 3, 2018. REUTERS /Lucas Jackson

The letter also urged Spotify to give users a simple mechanism to report content that may violate its rules and to outline how its board oversees content risk and enforcement.

“As we have seen with other technology and media companies that host or publish content, failure to successfully moderate content on a company’s platforms can lead to a variety of reputational, regulatory, legal and and financial,” DiNapoli wrote.

Spotify representatives did not respond to requests for comment.

Rogan, a former reality TV show Fear Factor host and mixed martial arts commentator who signed a $100 million deal giving Spotify exclusive rights to his podcast, promised more balance on his show . The company said it would add a content notice to any episode with COVID discussion in an attempt to quell the controversy.

On January 30, Spotify also announced “platform rules” against things like “content that incites violence or hatred towards a person or group of people based on race, religion, ‘gender identity or expression’, and other areas.

Pension funds overseen by DiNapoli held Spotify shares worth $41 million as of December 31, only the 73rd-largest stake in the company.

But DiNapoli is among a group of influential activists who have successfully lobbied for greater content scrutiny at other social media companies. Read more