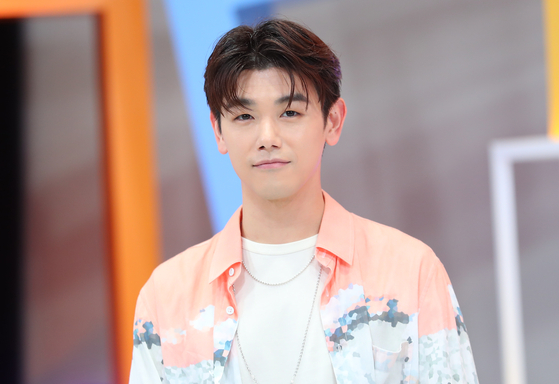 K-pop singer Eric Nam’s new EP “There And Back Again” is proving popular overseas, making its way to the Spotify and iTunes charts.

According to Spotify on Tuesday, Nam’s “There And Back Again” landed at No. 10 in the platform’s Global Top Albums Debut rankings. The table lists the top most released albums within seven days of release.

Nam’s EP was released on Friday.

By country, “There And Back Again” was the third most-released debut album in the US and the seventh in Britain on Spotify.

On iTunes, Nam’s album was fifth in the global pop album section and 10th on iTunes globally.

The other artists listed with Nam were Adele, Ed Sheeran, and Taylor Swift.

Following the international popularity of his new EP, Nam is expected to tour 51 cities around the world, including Chicago, Seattle, Copenhagen, Brussels, Frankfurt and Milan, starting January 24.

Nam has no plans for concerts in Korea, although his agency mentioned that the artist is planning to meet his local fans after the world tour ends.

“There And Back Again” is Nam’s second English album. It is made up of seven songs, including the main song, “Lost on Me”.

Eric Nam is a Korean-American singer, songwriter, and television host. He made his debut as a singer in 2013.