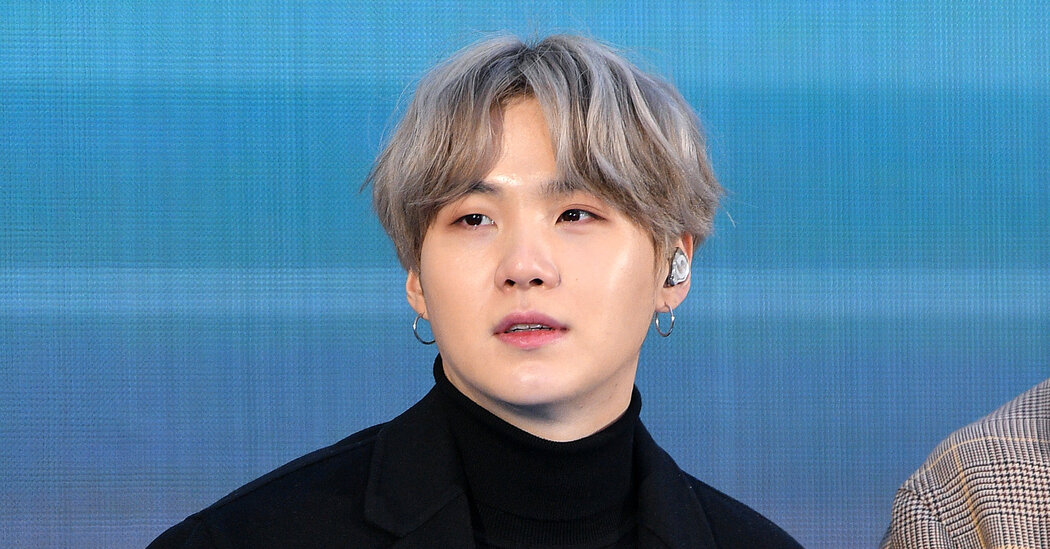 The news comes a month after another K-pop megastar, Lalisa Manoban, 24, of Blackpink, better known as Lisa, also tested positive for the coronavirus. The other members of Blackpink – Jennie, Jisoo and RosÃ© – have tested negative for the virus, production company YG Entertainment said in an emailed statement last month.

Suga, the stage name of artist Min Yoon-gi, debuted with BTS in 2013. The multi-billion dollar group Korean pop group is known for their dynamic dance moves, catchy lyrics and his fiercely devoted fans.

In 2018, BTS became the first K-pop group to top the Billboard Albums chart, with â€œLove Yourself: Tearâ€. In September this year, the group gave a speech at the United Nations headquarters in New York, promoting coronavirus vaccinations and praising young people for their resilience during the pandemic.

Suga has embarked on solo projects, sometimes performing under the name Agust D and as a commercial producer. In an interview with GQ Australia published this week, he said: â€œThe three of you are me. They each occupy a third of me, and one does not reflect me more than another. I’m just giving people the choice. These three sides of me are incredibly different, so I give people the choice to see me however they want.

This week, Billboard’s Charts reported that Suga and Juice WRLD, the stage name of artist Jarad A. Higgins, had the best-selling song in the United States with â€œGirl of My Dreams,â€ the first time a song by either artist at has reached No. 1 on any chart, according to Yahoo News. Juice WRLD passed away in December 2019 and the song is part of the artist’s posthumous album, “Fighting Demons”.