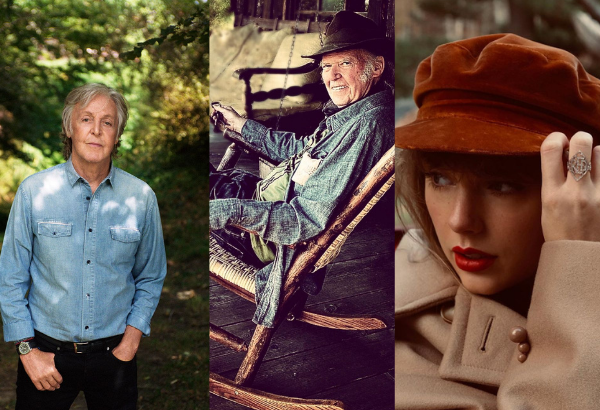 Amid Neil Young Boycott due to Joe Rogan, artists like The Beatles and Taylor Swift who also had a breakup with Spotify

Popular podcast host Joe Rogan has been at the center of major drama involving Spotify. The UFC icon even found himself at odds with popular musician Neil Young, who publicly criticized the platform. The misinformation controversy with Rogan forced Young to leave Spotify along with his entire library of songs.

Initially, Young threatened to pull his music from the platform if Spotify took no action against the Joe Rogan Experience show. Unfortunately, things didn’t go as the 76-year-old had planned, and it sparked another feud with Spotify.

However, Young isn’t the only musician to have had a very public fallout with the platform. Over the years, many celebrities have had issues, which led them to quit or choose rival media service providers.

Spotify’s guidelines and how it works doesn’t necessarily appeal to everyone like UFC icon Joe Rogan. The platform is said to have taken down a few episodes of the JRE podcast that didn’t seem appropriate instead of deleting the podcast. Although this decision dampened the public outcry, it failed to earn Neil Young’s trust. According to a ranker report, there are more celebrities, who also had similar fallout.

Taylor Swift – A popular musician and owner of many record-breaking songs, Swift decided in 2014 to withdraw her entire library from the claim that music is art and that art shouldn’t be free. She says, “Music is art, and art is important and rare. Important and rare things have value. Things of value must be paid for.

The Beatles: The hit English rock band never interacted with Spotify, as the surviving members of fab 4 decided to sign an exclusive deal with iTunes.

PinkFloyd: The surviving members of the illustrious rock band have spoken out against these streaming services that offer music for free. The group said,“We hope many online and mobile music services can give fans and artists the music they want, when they want it, at prices that work, but those same services should pay artists and creators fairly. who make music at the heart of their businesses.For almost all working musicians, it is also a matter of economic survival.

Cold game: The band reportedly refused to release their previous album ghost stories on Spotify in 2014 and they continue to abide by it.

The black keys: Rock Duo member and drummer Patrick Carney took aim at the rig and its owner. He didn’t like how the platform worked and criticized it for not adequately rewarding artists.

He said,“My thing with music is: if someone makes money, then the artist should get a fair share. The owner of Spotify is worth something like $3 billion… he’s richer than Paul McCartney and he’s 30 and he’s never written a song.

Tool: Unlike its peers, Tool initially stayed away from Spotify, but in the end they ended up embracing it. The group even called digital streaming services the future and supported the platform.

In a statement, frontman Maynard James Keenan said: “Our obsession and our dream of a world where BetaMax and Laser Disc rule has come to an end. It’s time for us to move on. But fear not. There’s a whole new thing we think you’ll really dig in. It’s called digital downloads and streaming. Get ready for the future, folks!

Do you agree with the views of popular musicians on Spotify? Share your thoughts below.