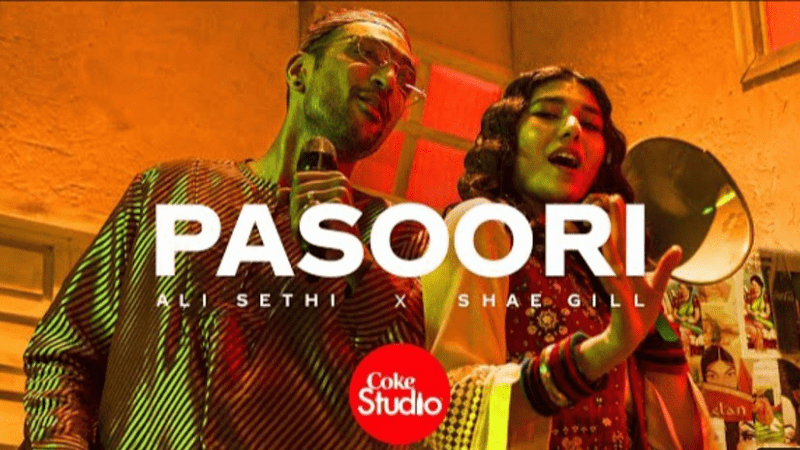 The ‘Pasoori’ fever peaked when the Coke Studio single dropped and refused to die out even six months later. Singer Ali Sethi is celebrating the track’s 300 million views on YouTube and although everyone is as excited as him, no one is surprised to see ‘Pasoori’ soar.

On Monday, the “Rung” singer shared a compilation video with BTS clips from the official music video captioned “300 million.” It featured set details and zoomed in on people, including its co-vocalist, Shae Gill.

Director Mira Nair and Indian playback singer Harshdeep Kaur dropped into the comments section to tell her how awesome the song is.

‘Pasoori’ was published in early February and was the sixth song to be released in Coke Studio’s season 14. It was written by Sethi and Fazal Abbas while the composition was done by Sethi and Zulfiqar J Khan popularly known as Xulfi. The music was produced by Abdullah Siddiqui and Xulfi.

The song garnered great reviews and quickly climbed up to third place on Spotify’s global chart. Netizens eventually discovered the secret gem that was Shae Gill and were eager to know more about her. There was countless recreations of the single and it was even Featured in the recent Mrs. Marvel.

The popularity of “Pasoori” knows no bounds – it has been particularly well received across the border, as even celebrities have expressed how much they enjoy the song. Recently, Bollywood actress Alia Bhatt suggested that her next movie from Brahmastra the song ‘Kesariya’ may come fallen his favorite ‘Pasoori’.

The Chambers Brothers’ Time Has Come Today: The History and Meaning of a Classic